The Kigali Agreement on HFCs: Why it Matters for Business

While climate change negotiators meet in Marrakesh to thrash out implementation plans for the Paris Agreement, a landmark agreement has already been signed in Rwanda which will take 0.5°C from future global warming.

Hydrofluorocarbons (HFCs) are in widespread use, predominantly in air conditioning and refrigeration. They were developed as replacements for Ozone Depleting Substances (ODS), such as chlorofluorocarbons (CFCs). However they are powerful greenhouse gases (GHGs) with global warming potentials 500 to 5,000 times that of CO2. In addition HFCs have relatively short atmospheric lifetimes and are categorized as short-lived climate pollutants, along with methane and black carbon. These short lived climate pollutants have become a focus for businesses, policy makers and environmental organizations because near-term emissions reductions translate to near-term climate benefits. Millions of pounds of HFCs are produced each year to fill new equipment, as well as to re-charge existing equipment that gradually loses its charge to leaks.

What happened in Kigali

More than 170 countries agreed to an amendment to the hugely successful Montreal Protocol, which is successfully phasing out production of ODS, ensuring the phase out of HFC refrigerant production. The Kigali Amendment is projected to reduce global levels of HFCs by 80 to 85% by 2047, avoiding emissions equivalent to 80 billion tonnes CO2.

While the agreement is a huge win for the climate, the phase down schedule is very slow and only applies to new production. Three schedules have been defined, starting with most industrialized counties (e.g., US, EU, Canada, Japan, Australia) who will start to reduce production by 10% in 2019; followed by more than 100 developing countries including China, Brazil and South Africa, who will begin phasing out production in 2024; and the final group will being to phase out production starting in 2028 (e.g. India, Gulf States and Pakistan).

Similar to the phase out of CFCs, this schedule provides time for refrigerant producers and equipment manufacturers to develop the next generation of non-ozone depleting and non-GHG refrigerants.

Even with the agreement to phase out new production, under business-as-usual it is projected that HFC emissions will account for 20% of all global GHG emissions by the year 20501. Which begs the question: is there a way for businesses to support the agreement and maybe even accelerate the phase down?

What corporates can do

For sectors heavily reliant on refrigeration and air conditioning equipment, investment in new HFC-free technologies in addition to tracking and repairing leaks in existing equipment and re-using “reclaimed” HFCs that have been recovered from other end-of-life equipment, are the priorities.

But the purchase of offset credits generated from the reclamation of HFC refrigerants also offers an immediate, cost-effective mitigation opportunity, in addition to contributing to an acceleration of the phase down schedule that’s been agreed by governments.

These offset credits are now available via a standardized methodology accepted by the American Carbon Registry. Each credit directly represents GHG emission reductions that are avoided from displacement of new HFC production, delivering an immediate impact and contribution to the commitments made in Kigali.

How a carbon credit from HFC reclamation works 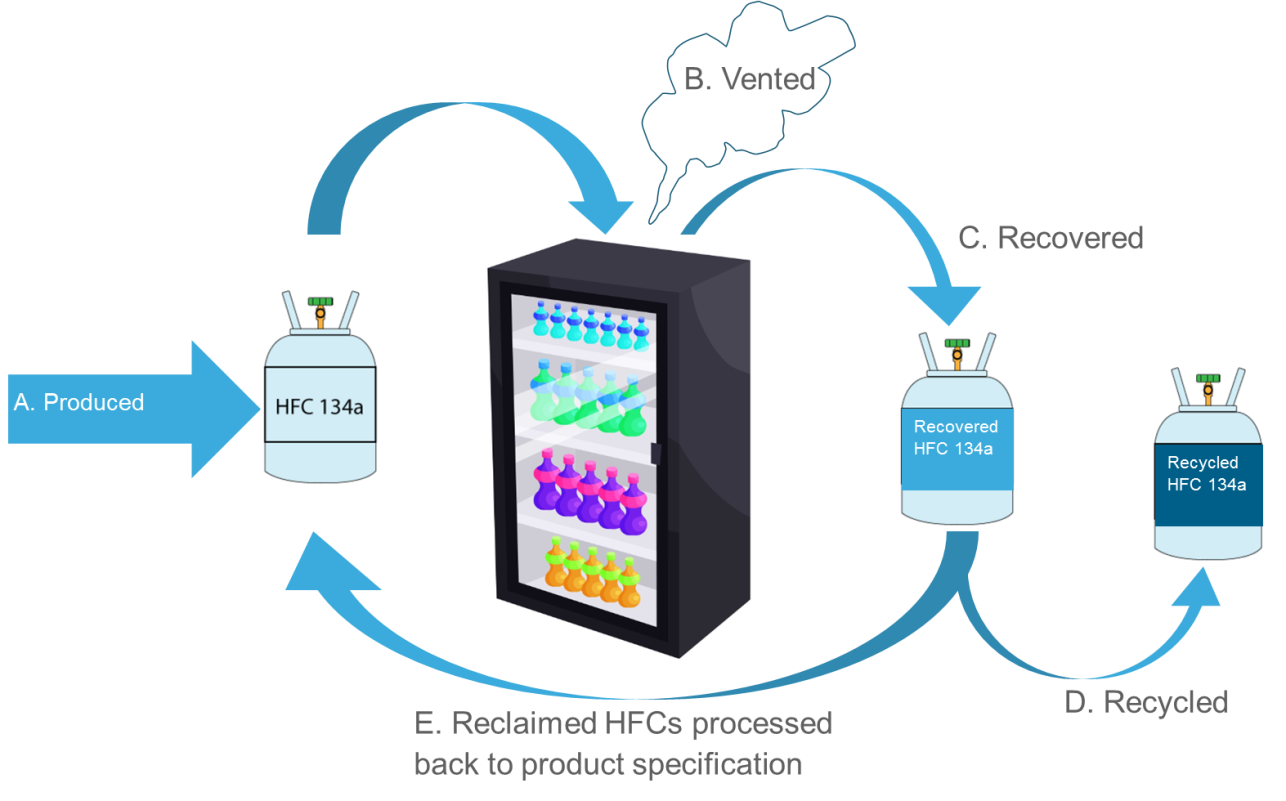 Currently it is more expensive to reclaim HFC than it is to source virgin HFC because of the reverse logistics to collect it, transportation to a reclamation site, chemical processing and redistribution. However by purchasing carbon credits from HFC reclamation projects, the carbon finance closes that gap enabling the projects to deliver this critical contribution and displacing new production of virgin refrigerant more quickly.

This approach has already been proven for CFC destruction in the United States, where ODS destruction offsets put a value on CFCs and created an incentive for technicians and contractors who collected and destroyed them at unprecedented rates.

If you take action now…

For Saskia there is no such thing as a problem – only solutions. With a Ph.D. in chemistry, her scientific mind always wants to know more. With an MBA from Presidio Graduate School, she believes in the power of business to transform our economy. And with her boundless curiosity and endless charm (while retaining a hint of British irony), she thrives on building long term partnerships with her clients. She’s not content with just delivering what they need right now, but is always looking for the solutions they need for even greater impact and value into the future.

Stay informed
Sign up and receive regular updates with our newsletter